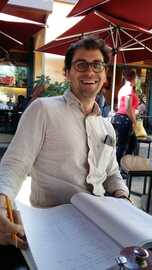 I am an assistant professor of linguistics at the University of Kansas and am an affiliated faculty in the Kansas African Studies Center. My research explores syntax, semantics, and morphology, and their interfaces. I use fieldwork on understudied languages, particularly Bantu languages of East Africa, to inform our theoretical model.